Didac Barco, MD is a Dermatologist from Barcelona, Spain. He holds a Master Degree in Aesthetical Dermatology from the University of Alcalá de Henares and in Lasers and Photomedicine from the Universitat Politècnica de Catalunya. His passion for laser therapy and for the treatment of scars has led him to attend observership programs at the Aberdeen’s Royal Infirmary Hospital in the United Kingdom and at the Chicago’s Northwestern University Hospital, as well as at New York’s Mount Sinahi Hospital in the United States of America. Dr. Barco is a guest lecturer on laser therapies at the University of Alcalá de Henares in Madrid and at the University Cardenal Herrera in Valencia, both for Master Degrees for dermatologists. He is also the main teacher for the Fundamentals in Laser Course in Barcelona (Spain).

Andrei Martin, MD is a plastic surgeon, owner and medical director of Clinica Medispa from Cluj Napoca, Romania. Dr. Martin undertook his training at the Plastic Surgery and Burns Center in Bucharest, and is performing plastic and aesthetic surgeries of all types with a special interest in reconstructive and aesthetic breast surgery, as well as surgical and nonsurgical restorative procedures, scar treatments, minimally and non-invasive anti-aging procedures, laser and EBD treatments since 2009.

Hugues Cartier, MD is a doctor in dermatology and venereology. He graduated at the European School of Phlebology. Practitioner at the Saint Jean Derm Clinic and the Arras Hospital in France. Dr. Cartier is the global scientific coordinator at IMCAS congress, vice-president of the French Society of Aesthetic Medicine and former president of the French Laser Group.

Associate Professor Agneta Troilius Rubin, MD received her medical training at the University of Lund and at the Karolinska Institute in Stockholm. She has specialized in Dermatology, Venereology and Laser Surgery and is the Head of the Laser and Vascular Anomaly Center at the Skåne University Hospital in Malmo, Sweden. She has been working with different type of lasers (vascular, pigment, tattoo, hair, and Erbium / CO2) since 1987 and intense pulsed light sources since 1996. She is chairing a Multidisciplinary Vascular Malformation and Tumor group since 1994. Since the beginning of the nineties, she has been an active speaker at national and international congresses, such as ISDS, ASLMS, EADV, ESLD, ISSVA, SSDV, WCD and many more. Dr Troilius Rubin has helped to start the European Society for Laser in Dermatology and has been a board member from the beginning. Dr. Troilius Rubin has published over 42 scientific papers and 17 book chapters and is active as referee in scientific papers. Her research is focused on lasers and intense pulse light sources and their development. Dr. Troilius Rubin is also the founder of Laser & Dermatology Consulting, a private clinic in Malmo, Sweden. 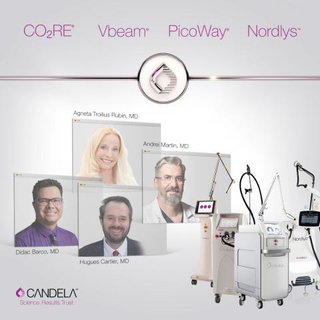